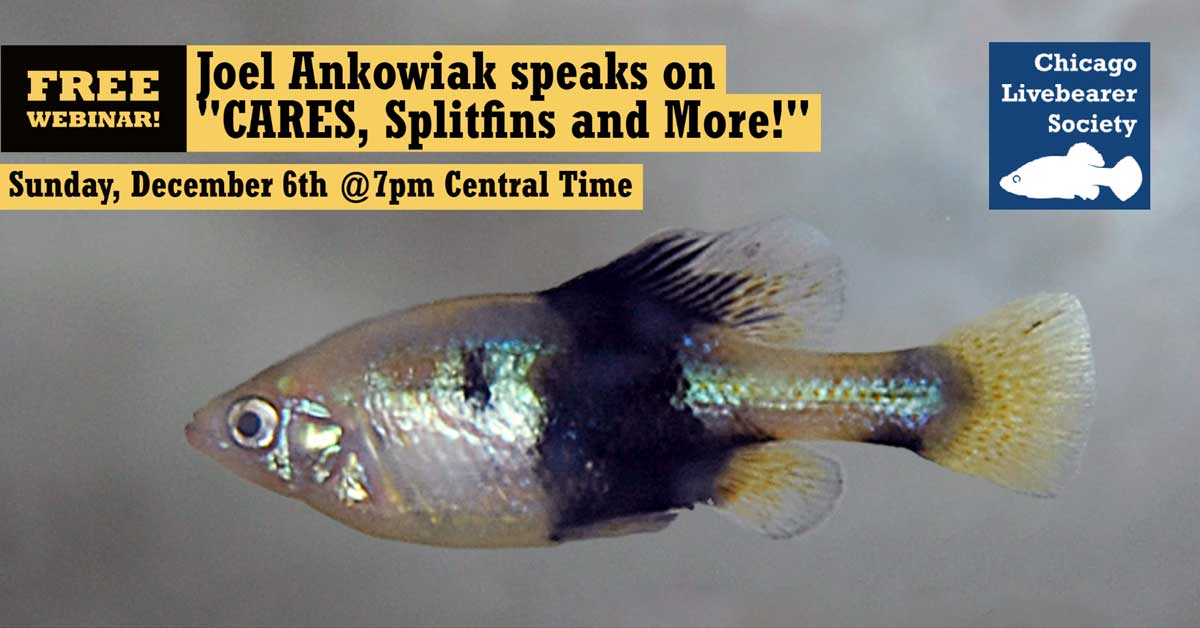 Join us at 7PM Central Time on Sunday, December 6th. You can join from your phone or your web browser.

Join the webinar a few minutes before 7PM Central Time on Sunday, December 6th at the URL below:
http://my.adobeconnect.com/livebearer

This program will briefly discuss the CARES Preservation Society and focus on the family Goodeidae, a group of live bearing fishes where nearly all species are addressed in the CARES program. I will also share some insight into some of the other livebearing species of fishes that are currently on the CARES Priority List that I have kept over the last 40+ years. 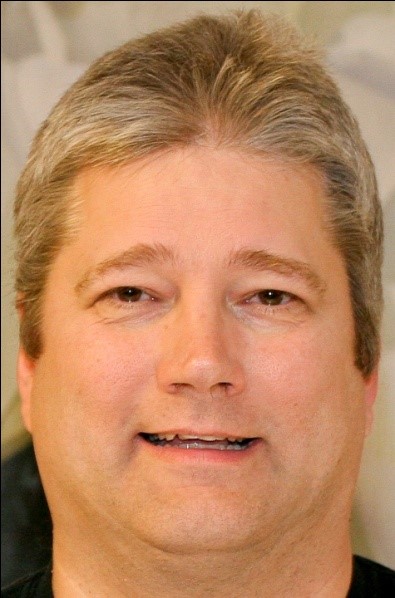 Born on the Southside of Pittsburgh in 1962, Joel's first brush with the organized hobby came in 1976 when he found an ad for the American Killifish Association in an old aquarium hobby magazine. Having always appreciated the beauty of these fishes from the color plates in the old "Innes book", and not seeing them in local stores, he joined in order to acquire some. A few years later Joel found the Greater Pittsburgh Aquarium Society, where he was a member for a few years before graduating from the University of Pittsburgh and moving out of the area. Joel is now living in Lancaster County, Pennsylvania where he is an active member of the Aquarium Club of Lancaster County. Joel has earned many of the club’s annual awards, and was the FAAS Author of the Year for 2012. Joel has been awarded the club’s annual “CARES Member of the Year” award for each year from 2011 thru 2016. Joel was recently honoured with lifetime membership in the ACLC for completing the highest level of the club’s Writer’s and Artist’s Award Program. Joel has maintained anywhere from a few to about 60 tanks at any one time throughout his adult life and has kept many different species of fish. He is often amazed at how some species were once very common and now seem to be non-existent despite their attractiveness and ease of care and husbandry, seemingly pushed out of the hobby by the “next great thing.” Joel has most recently been added to the official CARES speaker list and is honoured to be able to work with some of the greats in hobby in this capacity.

Covid and our Meetings

Unfortunately, the Chicago Livebearer Society is unable to meet currently due to COVID restrictions in the State of Illinois.

Governor Pritzker has laid out plan to gradually reopen the state in his Restore Illinois Plan.

Restore Illinois Stages: When could we meet?

Illinois is currently in Phase 3 of the plan and gatherings of more than 10 people are prohibited.

CLS could meet when the state moves to Stage 4 (50 or fewer people). We would have to find a new meeting place to do so and masks and precautions would need to take place.

Historically, our club meets after Greater Chicago Cichlid Association Swap Meets. GCCA's next swap meet is planned for September 27th,These very large events would take place in Stage 5 since they attract over 1000 people.

To move to Stage 5, a number of key items items would need to be in place:

Testing, tracing and treatment are widely available throughout the state. Either a vaccine is developed to prevent additional spread of COVID-19, a treatment option is readily available that ensures health care capacity is no longer a concern, or there are no new cases over a sustained period.

What about meeting virtually?

CLS collaborated with GCCA to have Andy Piorkowski present in May 2020. We are looking at other speakers, too.