The Chicago Livebearer Society is happy to report that our recent Rare Livebearer Auction enabled us to make a substantial donation to the American Livebearer Association's North American Goodeid Working Group (NAGWG).

The NAGWG works on habitat conservation and species maintenance and helps to fund the Fish Ark in Morelia, MX at the University de Mihoacan.

CLS's fund-raising aucton featured over 100 unique types/species of fish and 175 lots of fish in total.

Forty-four bidders from all over the USA particpated in the opportunity to bid and buy rare livebearers.

Thanks! We got donations from many!

We probably missed some folks, so apologies in advance . . .

A special thanks to Dr. Michael Koech of the Haus des Meeres Zoo in Austria who supplied many goodeids which are not in the US hobby.

We'd also like to thank you to MIke Drawdy of Imperial Tropicals for donating fish. 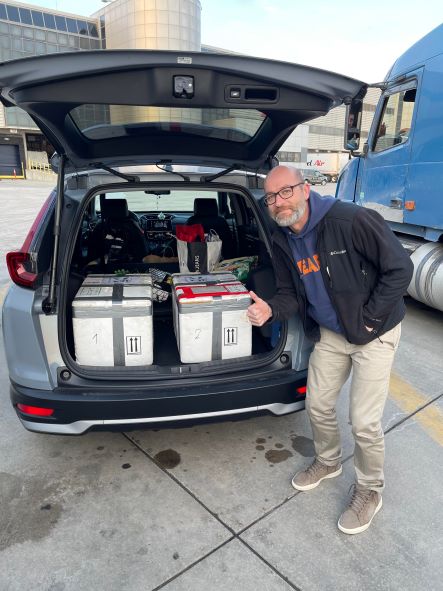 Andy Piorkowski picking up fish shipped to Chicago from Europe 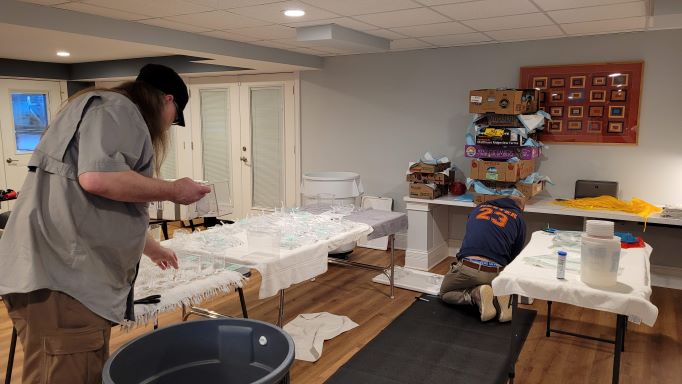 Don Linder and Andy Piorkowski rebagging imported fish. It's a lot of work!

44 Bidders participated in our most successful Rare Livebearer Auction yet!

CLS is growing and our Breeders Award Program is growing, too. That's a good problem!

Our first participants are now close to reaching the Beginner award levels (20 points) and we needed a better way to manage this data online. We're now using a new List program that allows you to easily search and filter on BAP submissions.

Now, you can see all of the BAPs you've turned in and search for specific species if you want.

Check out the BAP Standings today!