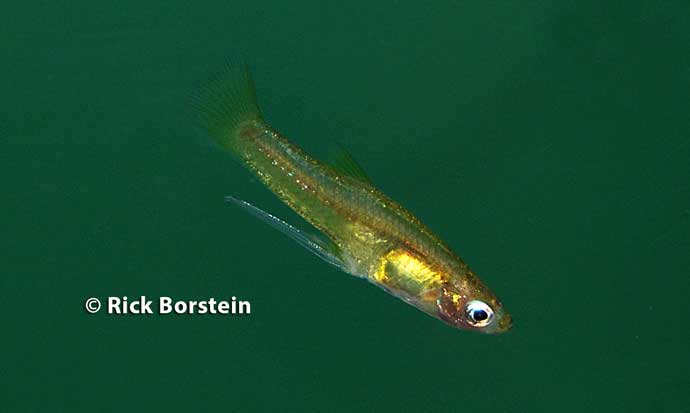 The common name "Gold Belly Top Minnow" rings true since this diminutive fish, indeed, sports a metallic gold flank. This fish has relatively large eyes, although they fall short of the descriptor "lampeye".  In the aquarium, depending on light, a sickle-shaped flash appears under the eye. My guess is that this is the indicator for the species name falcatus.

Girardinus falcatus is not a wildly attractive fish, but this fish does possess a simple beauty. Both males and females are an overall golden color with some translucency. As previously mentioned, the eyes flash nicely in the aquarium. Some patterning may be visible on the flanks, but the highly metallic scales hide the pattern from most view angles.

Males have a large gonopodium which may be moved nearly 360 degrees in rotation. The gonopodial hook is visible to the naked eye.

Like other top minnows, Girardinus falcatus are schoaling fish. They are happiest in large groups. Kept as single pairs, they often appear a bit nervous. Agrillo and Dada found that when female fish were placed in a potentially dangerous environment, that they tend to move towards the larger group each time. Schoaling fish possess the ability to quickly judge group size and research indicates that they may also be able to identify conspecifics.

Girardinus falcatus is easy to keep. Provide a five gallon tank or larger, a sponge filter and tank temperatures of 70-80F. I kept mine in a 15G long over a sand substrate.

In the wild, Girardinus falcatus eats algae, insects and decaying matter. In the aquarium, the will readily accept flake food and they love chasing baby brine shrimp.

I obtained a group of ten juvenile Girardinus falcatus from fellow CLS member Mike Schadle in November 2012. I place the group into a 15G long tank and within a couple of months I had several females getting plump. I furnished the tank with a few plastic plant mats and soon I observed several babies hiding in the grass at the top of the tank. The babies were about the size of guppy babies and were able to eat finely crushed flake immediately. I did not witness the adults going after the fry. My young females probably dropped about 12-20 fry at a time.

Girardinus falcatus isn't a looker, but it is subtly attractive. For the livebearer hobbyist looking to try something unusual, this is an easy fish to breed and keep. 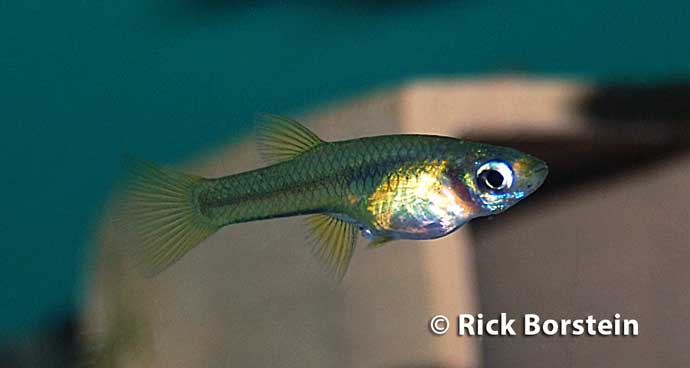 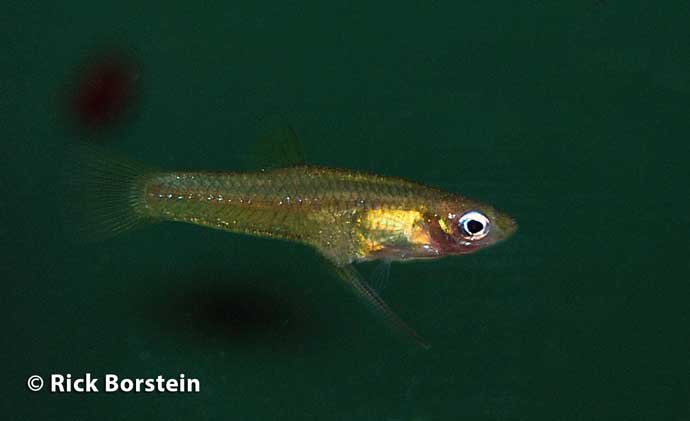