Brachyrhaphis roseni is an active, fast-swimming livebearer from Costa Rica. Male Brachyrhaphis roseni have a bright orange-red red dorsal fin. The caudal fin may show some reddish color and males—when happy—may have an irredescent blue edge to the tail as well. This fish has a two-toned gonopodium which is black on the top and pale yellow on the bottom. This may not be evident unless the male is feeling “in the mood”. The scales are edged in black which makes for a striking fish. Female Brachyrhaphis roseni are not very colorful, but the caudal and anal fins may show a thin band of blue or white which may appear iridescent.

There currently are twelve described species of Brachyhaphis, and I believe Brachyrhaphis roseni is likely the most common in the hobby. It’s very unlikely you will find this fish in a pet store. Many lines kept in the hobby are descendants of collections made over 15 years ago.

While not the most colorful fish, Brachyrhaphis roseni reward the aquarist with their interesting behavior and active personalities.

Brachyrhaphis roseni is found in rivers and streams in Costa Rica and Panama. It inhabits the shallow areas of stream among rocks and plants.

Brachyrhaphis roseni is not your typical, timid livebearer. They can be nippy and will go after other fish including corydoras catfish (personal experience). Males aggressively court females and even females will occasionally spar. Since they get fairly large, provide a 15 gallon or larger tank with some plants and hiding spots. My fish did fine at 74F in ordinary Chicago tap water (pH 7.4). I performed weekly water changes of two-thirds of the tank volume.

In the wild, Brachyrhaphis roseni are micro-predators which eat insects. In the aquarium, they greedily accept flake food and pellets.

I obtained six Brachyrhaphis roseni fry via AquaBid. At the time, I didn’t know much about them and placed them in a 10G tank for grow out containing a sand substrate and 4-inch Swiss Tropical Poret Foam filter. The fish grew steadily and I saw several females plump up, but never saw any fry in the tank. I later moved the fish to a larger 15G tank, but despite providing heavy cover, no fry were discovered.

I spoke with some hobbyists who kept this fish who related that Brachyrhaphis roseni is a voracious fry predator. Thus, I determined that I would have to use the trap method to get fry from this fish.

Since this fish is large and active, a commercial livebearer V-trap would be too small and will stress the fish. Instead, I prepared a 5-gallon tank and a custom net trap made out of 5 Count Clear Plastic Canvas (see below). I caught out a gravid female and transferred her to the trap and waited and waited . . . almost two weeks. I was set to go on vacation on a Saturday and fortunately the female dropped about 40 fry the day before. I removed the female and trap and left the babies in the 5-gallon tank.

While I was gone, I used a Rainbow Lifeguard automatic feeder which dispensed daily feedings of finely crushed flake food. When I returned, I was delighted to find out that I had not lost any of the babies and the fry had almost doubled in size. The fry, like their parents, are very robust and excellent swimmers. 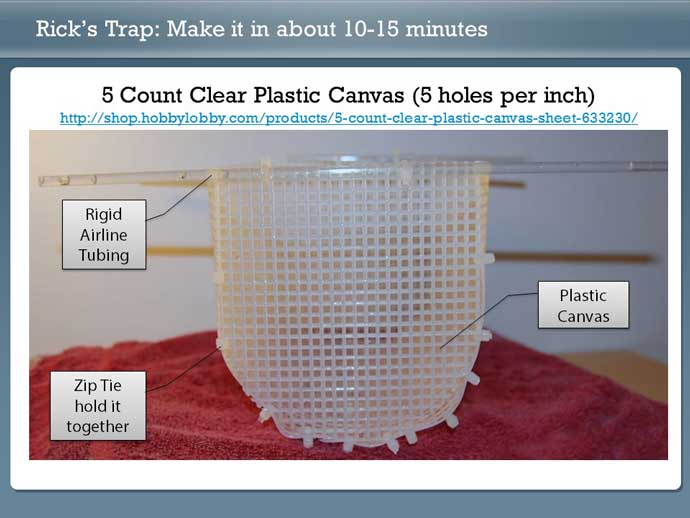 Brachyrhaphis roseni are not a common fish in the hobby, but are worth seeking out for their behavior and interesting attitude. 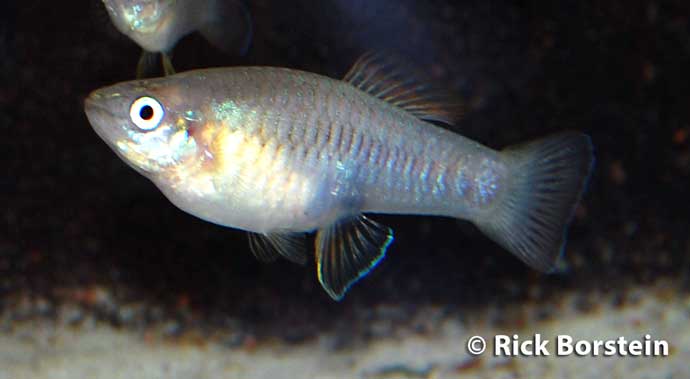